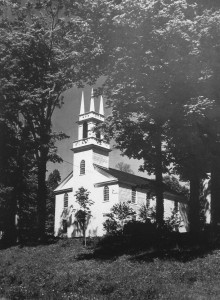 O Lord, how long shall I cry for help,
and you will not listen?

Or cry to you “Violence!”
and you will not save?

Why do you make me see wrong-doing
and look at trouble?

Destruction and violence are before me;
strife and contention arise.

So the law becomes slack
and justice never prevails.

The wicked surround the righteous–
therefore judgment comes forth perverted.

I am in the formal process of discernment to the priesthood, which basically means that I am trying to figure out, with the help of a committee, whether God is calling me to be a priest.  Yesterday I met with this committee for the second time.  It has been more than a year since I started this formal process.  At first I thought the long process of discernment annoying and unnecessary.  I chafed at its slow pace.  Now I am beginning to see the wisdom in the process.   In these past four months I have been pinging and bouncing like a pinball, careening from one strong feeling to another.   I am beginning to understand that time allows doubts to surface, and time provides space for questions … and answers.

Our book group at Christ Church in Greenville has been reading a Spanish novel entitled, “The Heretic, A Novel of the Spanish Inquisition.”  I had been looking forward to reading this book, winner of Spain’s most prestigious literary prize. I thought I could learn something about the Reformation and the Spanish Inquisition, both things I know little about.  I was not prepared for it to challenge my faith.   I could not believe the horror perpetrated by the Church, against people who dared to challenge its teachings.   At the end of the book, a man has been imprisoned, encouraged to denounce his reformed beliefs, and paraded before a vast crowd of chanting townspeople, robed in a garment painted with the flames of hell.  He is asked by a priest (a PRIEST!) if he believes in the Roman Catholic Church.  He answers that he believes in the “apostolic church”.  The priest turns away with sadness and despair.  With that, the man’s refusal to include the word “Roman” in his answer, the fire is lit beneath him.  His body, alive, is consumed by the real flames of an earthly hell.  The Church (the CHURCH!) wielding its earthly power and mighty control, perpetrated this horror in the name of God.

We have read other books that recount the evil that humans inflict upon each other.  But this book, this horror, was personal.  This was the church in which I was raised, whose catechism I memorized as a child and whose creed I recited dutifully, every Sunday, year after year.  This was MY church that perpetrated this horror.  MY people.   And though now I count myself an Episcopalian, I recoiled at the idea of becoming a priest.  I didn’t want to be anywhere near religion or count myself among those who could in any way be connected to such depravity and senseless carnage.  For a week or two I struggled with the intensity of these feelings.  To be in the formal process of discernment and be disgusted by the whole idea of priesthood was unsettling, to say the least.

And then I went on a retreat.  This retreat was run by the group, “Healing a Woman’s Soul.”   Their mission is to provide spiritual and emotional support for those traumatized by domestic violence.  I only knew one person at the retreat, Mother Ann Curtin, the priest who founded the organization.   I was okay with that.  I was looking forward to some silence, for personal healing from my own abusive past and hoping for spiritual guidance.  I am an incest survivor and like many suffering from post-traumatic stress syndrome, I grapple with its effect on my life.  Last week I met with my therapist.  Sometimes therapy work is painful.  Other times, surprisingly, it is hilarious.  I want to share one of those funny moments. We were talking about how long it has been that I have been dealing with fallout from the abuse.  I said to her, “I have been in therapy for a long time. YEARS and YEARS!”  At which point her phone(!), which was resting on the bookshelf across the room, replied, “That sounds like a VERY long time!”  We just looked at each other and cracked up!  She said, “That has never happened before!  I don’t even know how it did that!  My phone is not usually involved in the therapeutic process!”

Back to the retreat.  I prayed to God, “Could You please help me, guide me on my personal journey?  Please show me where you want me to be.”

I spoke to a few people.  I listened to their stories.  I was deeply touched by their courage and their strength.  These women have suffered through violence and addiction.  Some have lost their children.  One woman, as I spoke to her about my life, nodded in agreement and identification.  Her affirmation of my struggle gave me hope!  To know that I am not alone brings tremendous relief!  At the end of the retreat, I went to speak to Mother Ann.  She said, “Linda, Linda, come in.  We have been talking about you.”  And she told me that one of the retreatants had come to her and pointed me out.  “See that woman?  That one?  Over there?”  Ann said, “Yes.”  And the woman said, “Well.  I talked to her.  And she really helped me.  You have to have her come back next year.  She’s really good.  And she helped me a lot.”  I was speechless.  I tried to remember how I might have helped anyone.  I only talked to two people, one of whom helped me.  I wasn’t aware of helping anyone.  I just listened.  Ann said, “I was told very directly to make sure you come next year.  So you will be here next year!”  The Holy Spirit was clearly at work and I was given a gift.  An affirmation to build my faith and enough information to take one more step in my journey.

Do not be ashamed, then, of the testimony about our Lord or of me his prisoner, but join with me in suffering for the gospel, relying on the power of God, who saved us and called us with a holy calling, not according to our works but according to his own purpose and grace.

Last week I met my friend for breakfast.  She drove up from North Carolina to visit her mother.   One morning we were able to find a few hours for a private conversation.  For several years she has been fighting for custody of her daughter and son.  This past summer she could no longer fight the court system or her ex-husband and surrendered her 16 year old daughter.  She had already lost her son a few years ago.  If I did not witness her incredibly painful, expensive and unsuccessful journey through the legal system, I would never have believed it.  I would never have believed that a mother, trying to protect her children, would eventually lose them to the abuser.

In the book, A Mother’s Nightmare – Incest: A Practical Legal Guide for Parents and Professionals, John E.B. Myers writes:

“When parents – usually mothers – try to protect their children from sexual abuse, they can be devastated to find that support from the legal system is not always there. Suspecting their husbands or partners of the abuse, mothers may seek a divorce and custody or, if already divorced, request withdrawal of visitation rights. However, if unable to prove abuse, a mother can be labeled `hysterical’ and her desperate efforts to secure her child’s safety may jeopardize her case – and even result in the suspected perpetrator being granted custody of the child.”

This is exactly what happened to my friend.

My friend’s life was – from the outside – very comfortable and upper middle class.  Her children were bright and athletic.  They went to private school, played soccer, basketball.  They studied violin.  She and her husband looked to be doting parents, coaching the sports teams, throwing parties with elaborate games for the children.  Behind the doors of their 3 story, manicured home, domestic abuse reigned.    My friend was emotionally battered.  My niece and nephew sexually abused.  My friend, college valedictorian, who had had a successful career with IBM, stayed home to take care of her kids.  She told me that in her home the word “Mom” was rarely used, frowned upon by her husband.  She was not given gifts for birthday, mother’s day, Christmas.  Her husband stripped her of her innate worth, her vivacity, her relationship with her children and her friends.  So far, he has won the court battle for custody of her two children.  But he has not succeeded in killing my friend’s spirit or her faith.    Her faith is so strong!  She told me recently that her favorite bible verse over the past years has been Habakkuk 3:17-19:

Though the fig tree does not bud
and there are no grapes on the vines,
though the olive crop fails
and the fields produce no food,
though there are no sheep in the pen
and no cattle in the stalls,
18 yet I will rejoice in the Lord,
I will be joyful in God my Savior.

19 The Sovereign Lord is my strength;
he makes my feet like the feet of a deer,
he enables me to tread on the heights.

My friend’s faith has sustained her.  She now plans to share her strength and faith and work with mothers and daughters who have suffered tragic loss.

October is Domestic Violence Awareness Month.  One in four women will suffer from domestic violence in their lifetime.  They are all around us.  Watch for them.  Listen for their stories.  If you are one of them, there is hope and help for you.

I will stand at my watchpost,
and station myself on the rampart;

Then the Lord answered me and said:

Write the vision;
make it plain on tablets,
so that a runner may read it.

For there is still a vision for the appointed time;
it speaks of the end, and does not lie.

If it seems to tarry, wait for it;
it will surely come, it will not delay.

If those among us suffer behind the walls of their homes and are battered by violence or other abuse, we pray that our church walls provide a safe haven for them, and that our church family brings them healing, healthy relationships.  That we take the time to listen to their stories, affirm their worth, and share the good news that you are ever with us and will never leave us to face our trials alone.  Let us guard the good treasure entrusted to us, with the help of the Holy Spirit living in us.   Amen.

Sunday service is at 11 AM unless otherwise noted in the Services Schedule. Our service is either Morning Prayer or Holy Eucharist. See SERVICES for our weekly schedule.
Open Maps Widget for Google Maps settings to configure the Google Maps API key. The map can't work without it. This is a Google's rule that all sites must follow.